Dharmshala Is A Town Lies In The Dhauladhar Himalayan Range. It's A Beautigul And Peaceful Hill Station On Northern India. McLeod Ganj, Famous For Home Of His Holiness Dalia Lama - The Spiritual Head Of Tibetan Buddhists. The Major Attractions Of Dharamshala Are Namgyal Monastery, St. John’s Church, The Temple Of Bhagsunath, Triund, Dal Lake, War Memorial, Norbulingka Institute Etc.

Dharamshala is a beautiful and peaceful hill station in northern India. It is the district headquarters of the Kangra Valley. The town lies in the Dhauladhar Himalayan Range which is a southern branch of the main Outer Himalayan chain of mountains, and is surrounded by dense forests.The highest peak in the range, just behind Dharamsala is the Hanuman Tiba, or the ‘White Mountain,’ about 5,639 metres /18,500 feet high. There are several peaks visible which are close to 5,180 metres/ 17,000 ft. The town is divided into two parts – Dharamsala (the lower part of the town) and McLeod Ganj (the upper part).

McLeod Ganj is famous as the home of His Holiness the Dalai Lama, the spiritual head of the Tibetan Buddhists. His residence in McLeod Ganj has turned Dharamshala into the Buddhist centre of the world. The headquarters of the Tibetan Government in exile is also situated here. His Holiness the Dalai Lama gives teachings every year and followers come to listen to him. A large number of Tibetan refugees who have come here to live since the Chinese occupation of Tibet in 1959, and this is evidenced by prayer wheels in the main street which are inscribed with the holy chant, “Om Mani Padme Hum”.

Dharamshala is excellent for easy walks or the starting points for treks and rock climbing over the ridges of the Dhauladhar range. There are tailor-made treks in the Kangra valley around Dharamshala to suit all levels of fitness. The trekking season starts from May and goes on to October. Today, Dharamsala is a popular destination for Indian and foreign tourists, particularly those interested in Buddhism.

One of the reminders of the British Raj is the church of St. John in the Wilderness. This stone church is located a short walking distance from McLeod Ganj. Lord Elgin is buried under the shade of deodar trees in the churchyard. He was a former British Viceroy and died in Dharamshala in 1863.

2 kms from McLeod Ganj and 11 kms from the town centre of Dharamshala is the ancient temple of Bhagsunath. Fresh water springs close to the temple are considered sacred by the Hindus. It is a very old temple dedicated to the God of Snakes. An easy walk takes you up to the waterfall.

Triund, at a height of 2,975 metres above McLeod Ganj, is a pleasant walk. The area is in the foothills of Dhauladhar range and the snow line starts at Ilaqua, a further 5 kms from Triund. The wonderful views of the mountains and the valleys make Triund an ideal picnic and trekking spot.

Surrounded by high and green trees is the lake, which fills a mountain bowl. This lake is easily approachable by road and makes a lovely quiet picnic spot.

A nature park set amidst the pine woods is a war memorial, built on the entry point of the lower Dharamshala to commemorate the post independence war heroes of Himachal Pradesh. Narrow paths and landscaped lawns lead to this monument.

Outside (4 kms) the main town of Dharamshala, Norbulingka was established to preserve and teach the ancient Tibetan arts. Norbulingka is dedicated to handing down traditions and restoring standards by providing training, education, and employment for Tibetans. It supports an environment in which the Tibetan community can flourish. It reconciles the traditional with the modern, and seeks to create an international awareness of Tibetan values and their expression in art and literature. This is a lovely place. Here one can watch craftsmen make wooden carvings and thanka paintings, and goldsmithing and embroidery is being done.

By Train:The nearest station for Dharamshala is Kangra railway station (15 kms) on the narrow gauge hill railway from Pathankot to Baijnath.

Another approach to Dharamshala is via Chandigarh which is well connected to Delhi and other parts of the country by train. A very good super fast Shatabdi express train connects Delhi to Chandigarh, and the drive on to Dharamshala is about 250 kms (5 hours).

By Air:Dharamshala can be reached by air from New Delhi and the nearest airport is at Gaggal, 13 kms away. There is one flight a day to Dharamshala, but this depends on the weather during the monsoon period.

Dharamshala is a hill station with variations in altitude (1200 metres to 1800 metres). The climate is pleasant during summer and cold in winter. The monsoon season is from July to August. Monsoon does not mean rain every day, but it rains every 4-5 days, then the weather remains clear for the next couple of days. The weather of Dharamshala is pleasant throughout the year, and it can be visited comfortably at any time.

Dharamshala is a hill station with variations in altitude (1200 metres to 1800 metres). The climate is pleasant during summer and cold in winter. The monsoon season is from July to August. Monsoon does not mean rain every day, but it rains every 4-5 days, then the weather remains clear for the next couple of days. The weather of Dharamshala is pleasant throughout the year, and it can be visited comfortably at any time.

Agra and Jaipur with the Foothills of Himalayas 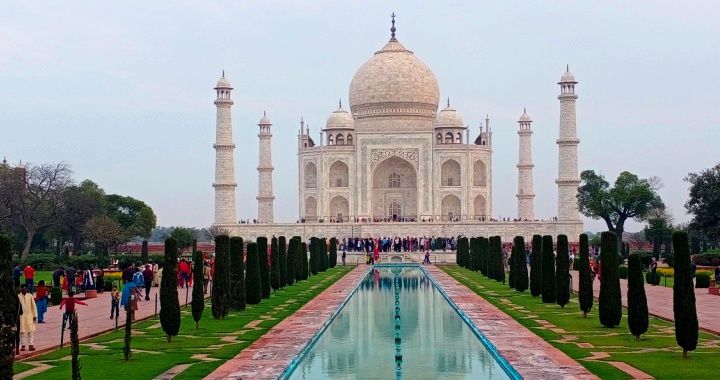 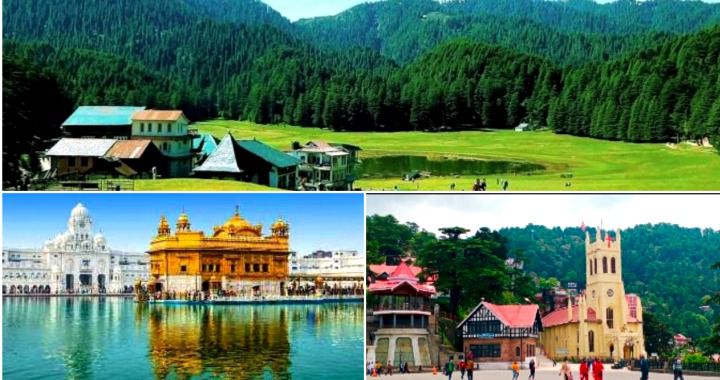 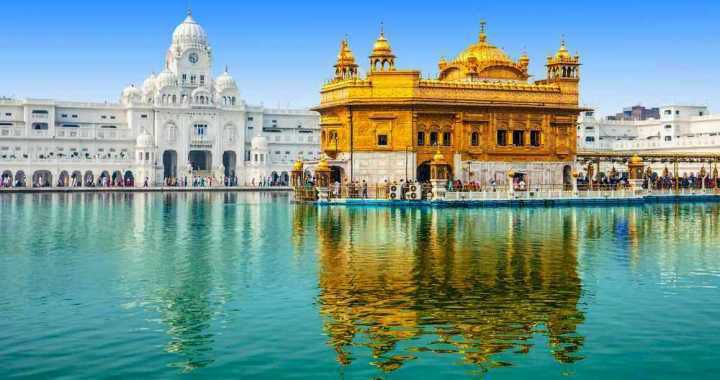