Sacred and Holy River of India 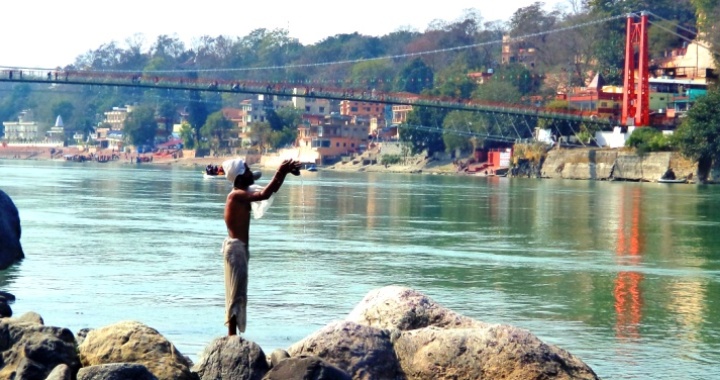 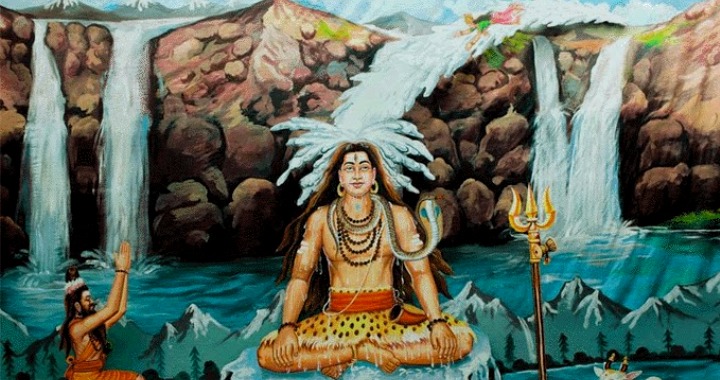 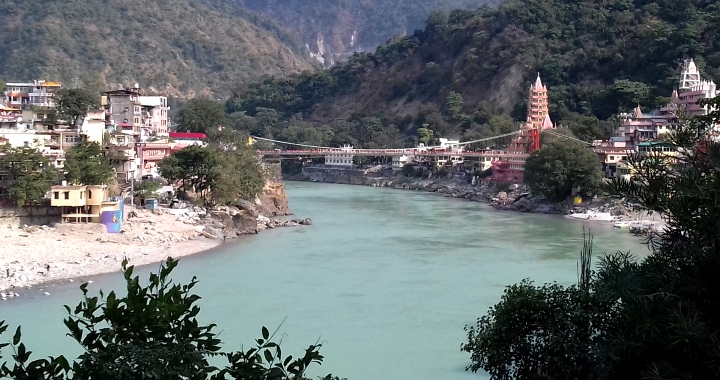 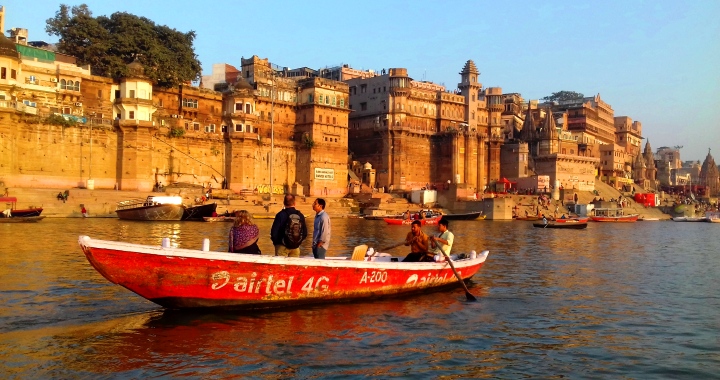 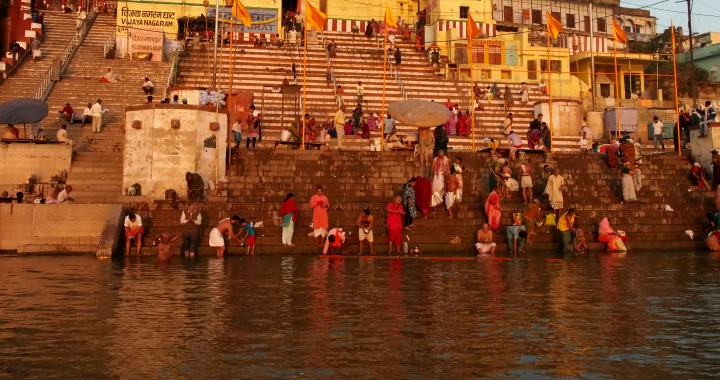 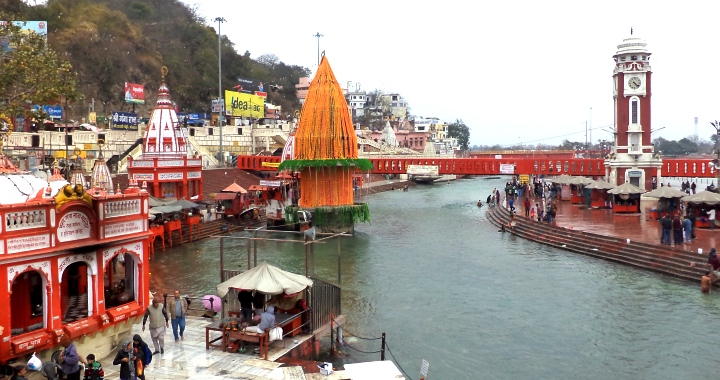 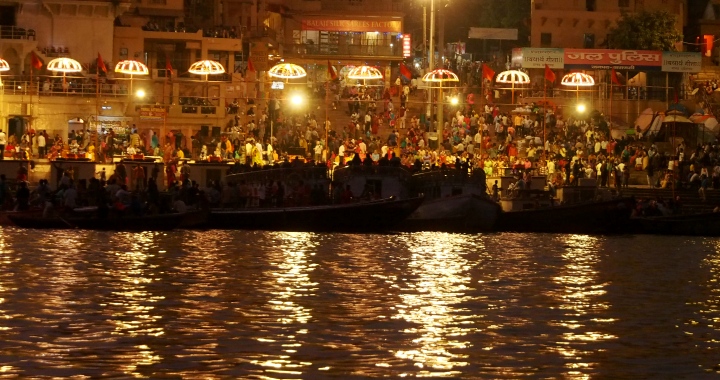 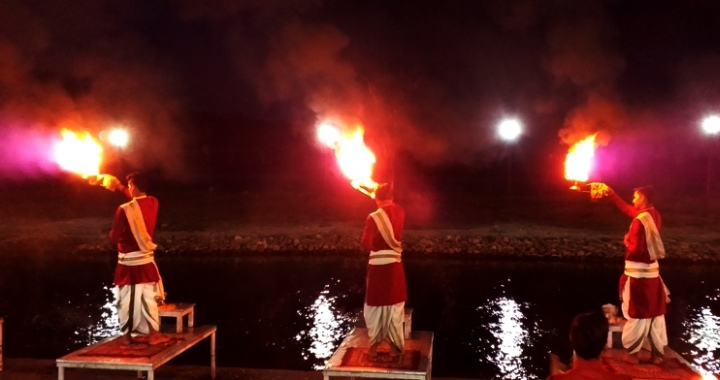 Sacred and Holy River of India

The Ganga or Ganges

Every region of India is dotted with several major rivers and their tributaries. Indian rivers like Ganges, Indus, Brahmaputra, Sutlej, Beas, Yamuna etc, are considered Holy and are crucial lifeline of India, being culturally, economically and environmentally important. They are also worshipped for their religious significance.

River Ganga or Ganges being the most sacred river of India is also worshiped as a deity in Hinduism and respectfully referred as 'Ganga Maiya' (Mother Ganga). The Ganges begins at the confluence of the Bhagirathi and Alaknanda rivers at Devprayag above in the mountains from Rishikesh. Ganges originates from the Gangotri glacier at Gaumukh in the Indian Himalayas at 4,100 meters above sea level in the state of Uttarakhand, and flows 2,525 km across Northern India before meeting the Bay of Bengal in the east India and Bangladesh. It is the longest river originating in India; it contributes to more than 25 per cent of India's total water resources.

Religious Significance of the River Ganga or Ganges:

The Goddess Ganga is the daughter of Himavat the king of Himalaya. The ancient scriptures mention that the water of Ganges carries the blessings of Lord Vishnu's feet as it was created from the sweat of the feet of Lord Vishnu. Hindu scriptures say that the sight, the name, and the touch of Ganga cleanses one of all sins and taking a dip in the holy Ganga bestows heavenly blessings and helps attain salvation .

Pilgrimage sites are particularly significant along the river banks. These bathing sites at Haridwar, Varanasi and Allahabad attracts hundreds thousands of pilgrims. Rishikesh &Haridwar are the place where the river Ganges leaves the mountains and enters into the plains of India. The Ganga water is considered to be sacred and holy for Hindus, who cast the ashes of their loved dead in the river in the belief that this will guide the souls to the salvation.

All along its course, Hindus bathe in its waters, paying homage to their ancestors and to their gods by cupping the water in their hands, lifting it and letting it fall back into the River; they offer flowers and rose petals and float shallow clay dishes filled with oil and lit with wicks (diyas).People carry sacred water from the Ganga to their homes that is sealed in copper pots after making the pilgrimage to the banks of Ganga. The famous Ganga Ghats (Ghats – river banks) of Varanasi and Hardwar are known for being the holiest funeral detestation of the Hindus. The Mother Ganges washes away the sins of all beings with her pure water.

Brahmins, Priest and people from different communities around the World gather on the banks of River Ganges in Rishikesh, Haridwar, Varanasi for the evening ARTI Ceremony( Worship of River Ganges), holding oil lamps as an invocation to the River Goddess .

The Birth of Ganges

How Did Ganges Came to Earth begins with a sage, Kapila- whose intense meditation has been disturbed by the sixty thousand sons of King Sagara. Livid at being disturbed, Kapila sears them with his angry gaze, reduces them to ashes, and dispatches them to the netherworld. Only the waters of the Ganges( Ganga) then in heaven, can bring the dead sons, to their salvation.

A descendant of these sons, King Bhagiratha, anxious to restore his ancestors undertakes rigorous penance and is eventually granted the prize of Ganga's descent from heaven.

However, since her turbulent force would also shatter the earth, Bhagiratha persuades Shiva in his abode on Mount Kailash in the Himalayas to receive Ganges in the coils of his tangled hair and break her fall. Ganges descends, is tamed in Shiva's locks, and arrives in the Himalayas. She is then led by the waiting Bhagiratha down into the plains at Rishikesh, Haridwar, across the plains first to the confluence with the Yamuna at Prayag and then to Varanasi, and eventually to Ganga Sagar, where she meets the ocean, sinks to the netherworld, and saves the sons of Sagara.

In honor of Bhagirathi’s pivotal role to get Ganges agree to come on to the earth, the source stream of the Ganges in the Himalayas is named Bhagirathi.

The Incorruptibility of the Ganges

The Ganges is 2,525 kilometers long. Along its course, 27 major towns dump 902 million liters of sewage into it each day. The Ganges faces a lot of serious challenges, mainly because of the fast growth of cities, agriculture and industries in recent decades. Too much water is being removed for farming and other uses, barrages and dams disrupt the Ganges’ natural flow, and pollution from homes and industries have badly contaminated what’s left of this once mighty, free-flowing river. It’s having a negative impact on a lot of people, as well as on precious wildlife like the Ganges River Dolphin.

Despite being polluted, the waters of the Ganges still possess ‘medicinal qualities’ several researchers have recorded the effects of this river's "magical" cleansing properties:

1. Ganges water does not putrefy, even after long periods of storage. River water begins to putrefy when lack of oxygen promotes the growth of anaerobic bacteria, which produce the tell-tale smell of stale water.

2. British physician, C.E. Nelson, observed that Ganga water taken from the Hooghly -- one of its dirtiest mouths – by ships returning to England remained fresh throughout the voyage.

3. In 1896, the British physician E. Hanbury Hankin reported in the French journal Annales de l'Institut Pasteur that Cholera microbes died within three hours in Ganga water, but continued to thrive in distilled water even after 48 hours.

4. A French scientist, Monsieur Herelle, was amazed to find "that only a few feet below the bodies of persons floating in the Ganga who had died of dysentery and cholera, where one would expect millions of germs, there were no germs at all.

5. More recently, D.S. Bhargava, an Indian environmental engineer measured the Ganges' remarkable self-cleansing Properties: "Bhargava's calculations, taken from an exhaustive three-year study of the Ganga, show that it is able to reduce BOD (biochemical oxygen demand) levels much faster than in other rivers."