The Land Between Heaven And Earth- Is Known As Kinnaur Valley.One Can Enjoy The Unspoiled Beauty Of The Mountains And Nature Over Here.

Legend has it that Kinnaur with all its beauty fell from the heavens as a gift from the gods and once one is there, it is not hard to see and feel why this belief has taken roots. Kinnaur is surrounded by the Tibet to the east, in the northeast corner of Himachal Pradesh,and is about 235 km from Shimla. It is a tremendously beautiful district with its headquaters at Recong Peo. This remote part of the Himalayas is also known as the tribal area of Himachal Pradesh.. Sutlej, Spiti,and Baspa are the major rivers that flow through the valley. Kinnaur stretching down on both the sides of Sutlej River which rises from the Tibet is divided into upper and lower valleys. The lower valley includes Roopa, Bhaba, Kalpa and the famous Sangla valley, whereas the upper valley includes Spello, Kanum, Puh, Nako, Hango valleys. The upper Kinnaur valley resembles Spiti valley in both climate and culture.

Kinnaur relapsed into secluded splendor till the British governor general of India, Lord Dalhousie, set about creating the ambitious Indio-Tibet border road in 1850. From a narrow track, this grew to become the life line of the area.Given the proximity to Tibet, it is not surprising that there are strong cultural and religious links with that distinctive land. These have manifested themselves in dress, language, architecture, culture, customs and most visibly in religion. The main body of Hinduism has been embellished with several Budhist practices. It is common to find images of the Buddha and other dities and saints of Buddhism, with those of Hindu gods. One can see Hindu gods being worshipped side by side with Buddhist deities in Buddhist and Hindu temples.

Most of the places in the valley are still out of reach for a regular tourist and are considered as the favourite off-beat routes in India. One can enjoy the unspoiled beauty of the mountains and nature over here. The mountains are covered with thick wood, apple and apricot orchards, fields and picturesque hamlets. There are thick forest of Himalayan cedar, alder and the unusal birch, the “bojpatra”, whose peeling bark served as parchment for ancient Indian text. The beautiful villages of Kalpa, Sangla, Kamru, Kafnoo, Chitkul, Nako and Chango presents the breath-taking views of the entire Greater Himalayan range.The Mt. Kinner Kailash (6,050 metres) is regarded as one the mythological abodes of Lord Shiva, and you can have the magnificent view of the peak from Kalpa village in Kinnaur valley.

Kinnaur valley offers many trekking routes in the Central Himalayas. The massive Mt. Kinner Kailash, the dazzling sights of Kalpa and Sangla valley, shimmering blue water of Baspa and Sutlej River, the high mountain peaks covered with snow, the rich culture, the warm hospitality of the people, the peaceful life are sufficient incentives for a visitor to this area. 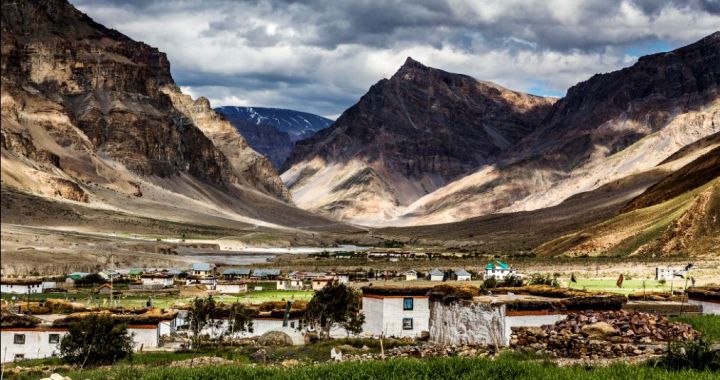 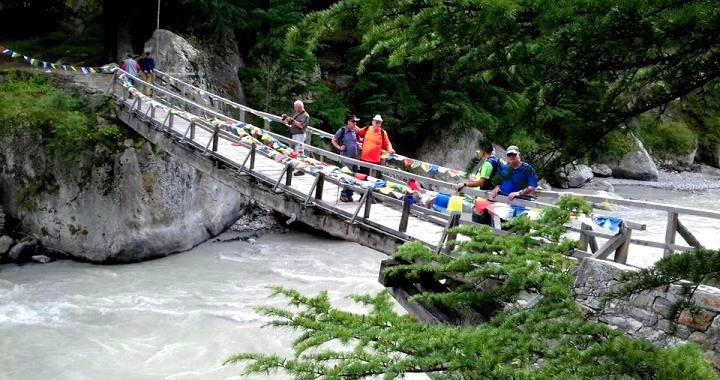