Brahma The Creator of Universe 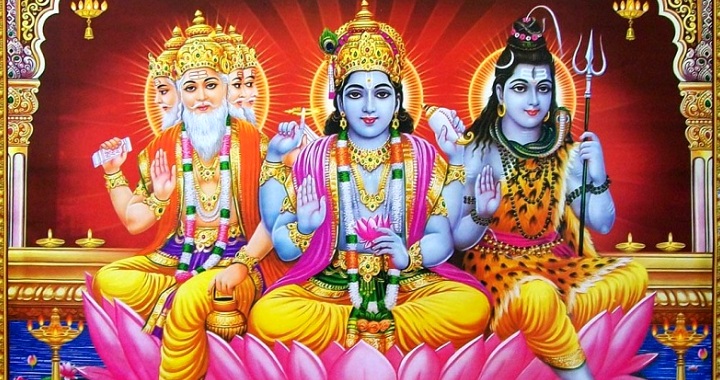 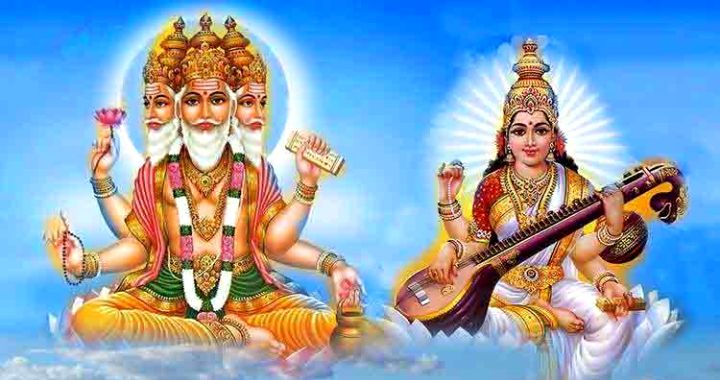 The Creator of Universe

Brahma is believed to be self-born out of a lotus flower which grew from the navel of Lord Vishnu (the preserver of the universe). In order to help him create the universe, Brahma gave birth to the 11 forefathers of the human race called ‘Prajapatis’ and the seven great sages or the ‘Saptarishi’. These children or mind-sons of Brahma, who were born out of his mind rather than body, are called the 'Manasputras'.

Brahma is traditionally depicted with a white bear, four heads (in four directions) with four arms holding a scepter, rosary, a lota ( metal water pot) and Vedas(religious Hindu texts ). Unlike most other Hindu gods, Brahma holds no weapons. Brahma is believed to gave birth to the four Veda. With each head, he continually recites one of the four Vedas( a large body of religious Hindu texts originating in ancient India which are composed in Vedic Sanskrit language).

Brahma presides over 'Brahma Loka,' a universe that contains all the splendors of the earth and all other worlds Brahma also holds a string of prayer beads called the 'ak?am?l?' ("garland of eyes"), which He uses to keep track of the Universe's time. In Hindu cosmology the universe exists for a single day called the 'Brahmakalpa'. This day is equivalent to four billion earth years, at the end of which the whole universe gets dissolved / destroyed.

White swan or Goose is the vehicle of Brahma. After meditation Brahma created 14 planetary systems and many living beings came there in 84,00000 Lakh (8.4 million) kinds of material bodies according to their past desires.

Though almost all Hindu religious rites involve prayer to Brahma, very few temples are dedicated to His worship. His popularity is no match to that of Vishnu and Shiva. Brahma is to be found to exist more in scriptures than in homes and temples. In fact it is hard to find a temple dedicated to Brahma. There are only five temples dedicated to Lord Brahma in the country, the more prominent of which is at Pushkar, close to Jaipur in Rajasthan state of India).

Brahma the God of creation, has Saraswati the goddess of knowledge as his Consort. Without knowledge creation is not possible. Saraswati is the Goddess of knowledge, good speech, music, arts, learning, wisdom and nature. The goddess is often depicted as a beautiful woman dressed in pure white, often seated on a white lotus flower, which symbolizes light, knowledge and truth.

Out of her four hands in one hand she holds rosary, in one hand Vedas( texts of true knowledge) and the other two hands she holds and play Veena (a traditional Indian musical instrument).