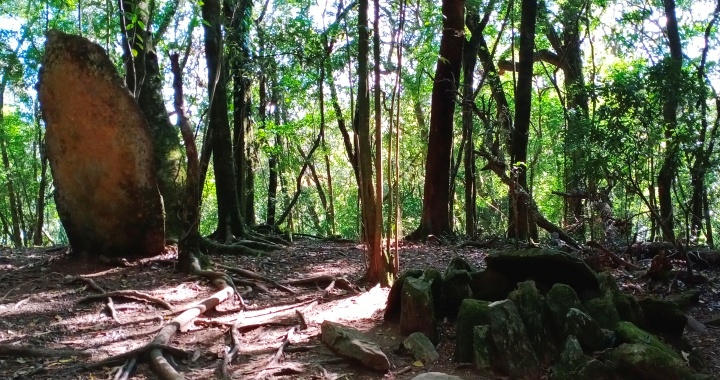 A couple of years ago when I was escorting my group to the Northeast India with Nagaland Hornbill Festival Tour, off -the -route in the East Khasi Hills, we visited the Mawphlang Sacred Forest. Mawphlang - literally means "grassy stone" named after its monoliths and is the soul of the Khasi Tribe an indigenous ethnic group from Northeast India. Just 1 hrs drive (26 kms) from Shillong, the state capital of Meghalaya is the village and ancient kingdom of Mawphlang - famous for primitive and mysterious untouched - undisturbed Sacred Forests. This 76.8 hectares of forest is divided in three parts, is a unique feature of the Meghalaya state. Your Northeast India tour to Meghalaya, Shillong, and Cherrapunji is incomplete without visiting the Mawphlang Sacred Forest near Shillong.

The Belief of the Forest Deity 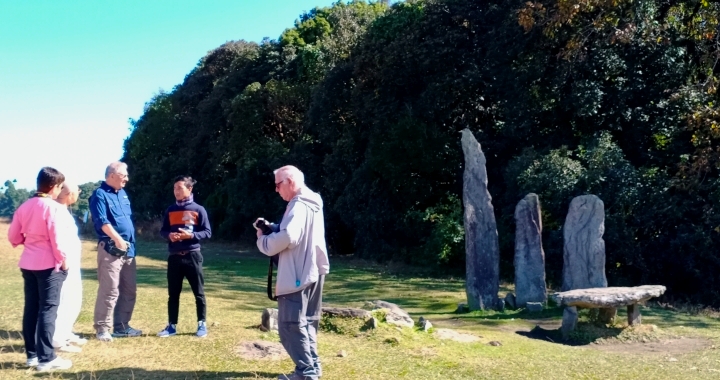 The belief about the "Mawphlang" Sacred Forest of Shilliong, Meghalaya revolves around the local deity called 'Ryngkew', 'Basa' or 'Labasa' in the local language who dwell inside the sacred forests and these groves. There is a sacred shire to the forest deity and he protects and provide for the well being of the village community. According to the belief, pleasing 'U Basa' through sacrifice of animals (chicken, goat) together with performing dances, the 'U Basa' will protect their villages or clans from famine, pandemic, bad omens, keeps the evil spirits away and many other kind of sufferings. Various rites and rituals are performed periodically in these forests to seek for the blessings from the deity. The deity can take the forms of a Serpent (When he's angry) and as a Leopard (if he's happy).

The Mystery of The Sacred Forest 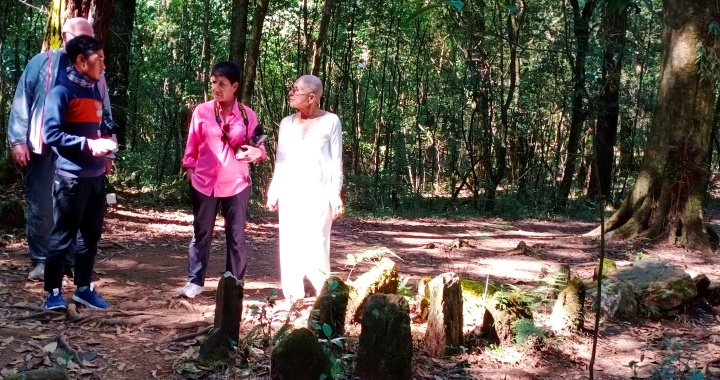 Our local guide from the Khasi tribe Mr. Bibanstar/ Ban (88372 46694) tells us the legendary stories and Mystery of the Mawphlang Sacred Forest - The Grove is the home to coronation and sacrificial sites. This was where Khasi kings and ceremonial leaders (Ki Lyngdoh) had their meetings and new chiefs were appointed here. The sites in the Sacred forest of Mawphlang are marked with monoliths, still reminders of a dignified past as the forest creeps around them. Many villages are still the part of this Mawphlang Kingdom and till date is ruled by the King, who is chosen through a democratic election. If the deity is happy with the chosen one, the sun will shine on the day of his anointment, else it will rain. 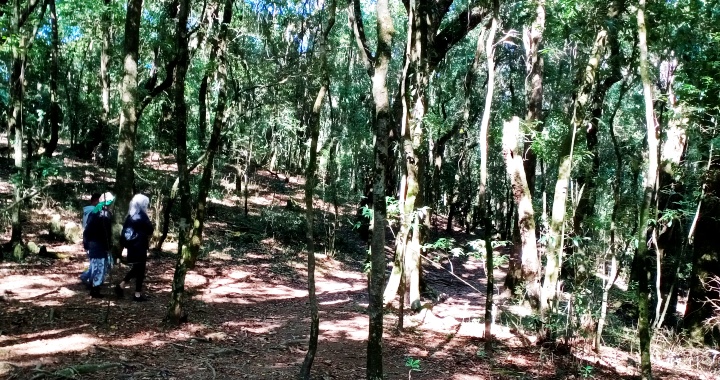 Khasi people believed "None Who Enter it- May Disturb It", or remove anything from within it. There is only one rule, however, to be followed in this Mawphlang Sacred Forest of Meghalaya, and that is – "You cannot take anything out of this forest, else the deity gets upset". The preservation of the sacred forests and groves is a result of strong ancient beliefs that any damage to the forest would anger the deity who would take revenge on the intruder who desecrates its integrity. Removing even the tiniest thing from the forest means you’re disrespecting the deity. It is said that whoever attempts to break this rule is punished with illness, and bad luck. 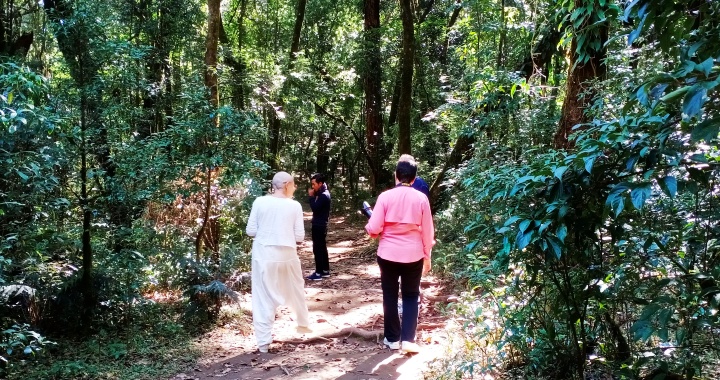 It isn’t just the legends and myths of the sacred forest that attracts tourists; its physical majesty is also a crowd puller. The tour to sacred forest of Meghalaya will transport you to a primeval age. The entry to the Mawphlang Sacred Forest of Meghalaya is marked by the ritual stones standing on the side of a big meadow. As you step inside on a Tour of Sacred Forest the trail is marked through natural lush green branches, you will see an inter-connected network of trees and plants – some of which are said to be over 1,000-years-old. 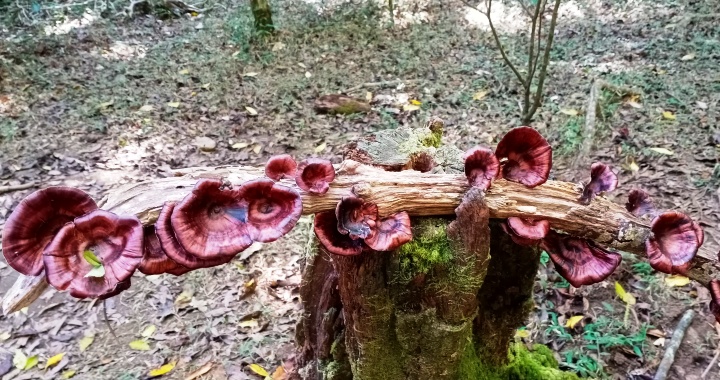 As you walk further through the Sacred Forest you notice, it is generally a mixture of trees of different heights, including shrubs, herbs, creepers, stranglers, with a lush coverage of fungi, mushrooms and ferns over the ground and fallen trees. Vegetation including the fallen trees are grown and left inside the sacred forest from ages as "You cannot take anything out of this forest, else the deity gets upset". No commercial activity is allowed inside the Mawphlang sacred forest. The forest patches contain a rich repository of rare plant species, massive old trees, covered with lianas and climbers. It is an amazing visual spectacle, plus there is a widespread belief that some of these plants possess medicinal properties, including the ability to cure tuberculosis and cancer. 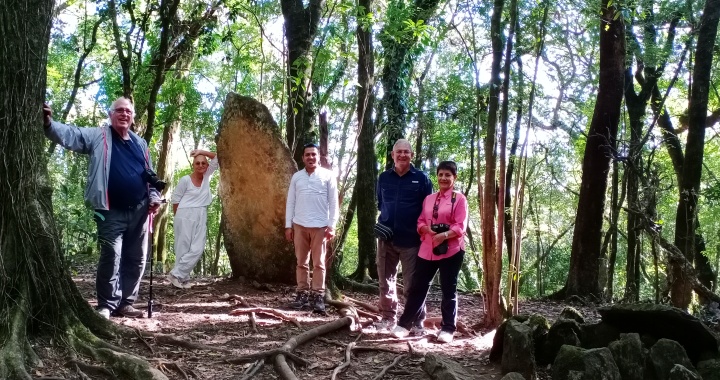 In addition, there are monolith’s altar/ shrine inside the forest that are considered to be the spot for sacrifices and to perform rituals. There are stones in rows which were used by the indigenous people to sit during the ritual performances done by the eldest man of the village. The local tribal people sacrifice animals here to make their wishes come true. The green meadows, water streams and sprightly pines that dominate the surrounding hills make a memorable experience to visit this natural site of Meghalaya’s Sacred Forest.

How the Sacred Forests Developed 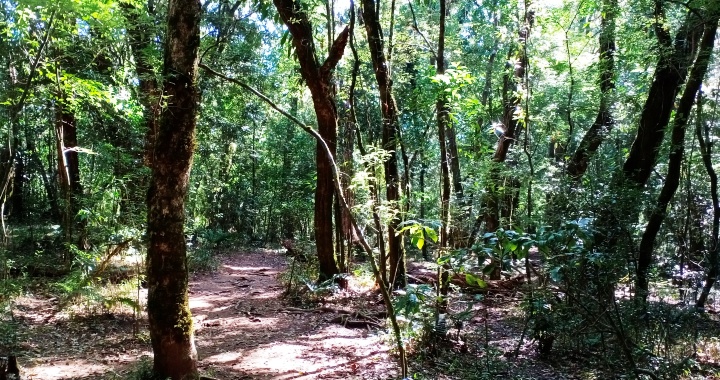 Many traditional societies all over the world revere and worship nature and consider certain plants and animals sacred. Sacred Forests represent a long tradition of environmental conservation based on the traditional knowledge for centuries by indigenous local communities to manage natural resources under local laws, customs, and traditions. Sacred Forests and groves are tracts of virgin forests that have cultural or spiritual significance for the various tribes who live around them. They have been protected by communities around the world for a variety of reasons, including religious practices, burial grounds, and water shed value. As a result with a rich biodiversity these are among the few least disturbed forest patches which are serving as the natural treasure house and a refuge for a large number of endemic, endangered and rare species. 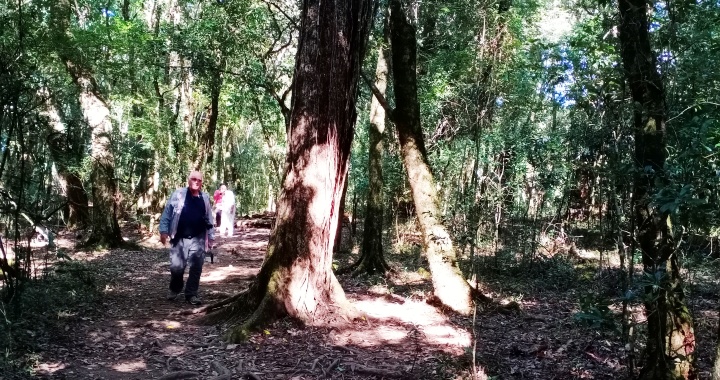 Sacred forests and groves are living example of strong symbiotic relationship between the forests and indigenous tribal population of the state. A baseline floristic survey revealed the presence of at least 514 species representing 340 genera and 131 families in these sacred groves. There are 125 sacred forests and groves in Meghalaya with total areas ranging 1,000 sq. kms.

How To Reach Mawphlang Sacred Forest of Meghalaya

Nearest major airport and Railway station is Guwahati 145 kms the Capital of Assam, from where one can drive to Shillong.

From Shilliong you can plan a tour to Cherrapunji and Enroute visit Mawphlang Sacred Forest 26 kms (1 hrs). 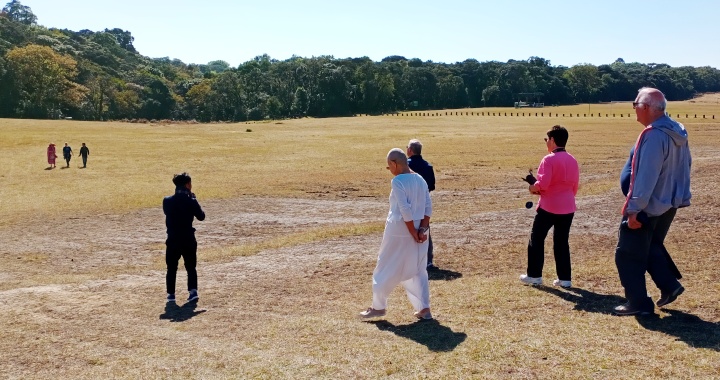 The easy walking guided tour inside the sacred forest can be booked for half trek or full trek, lasting from 45 minutes to 1.30 hrs. 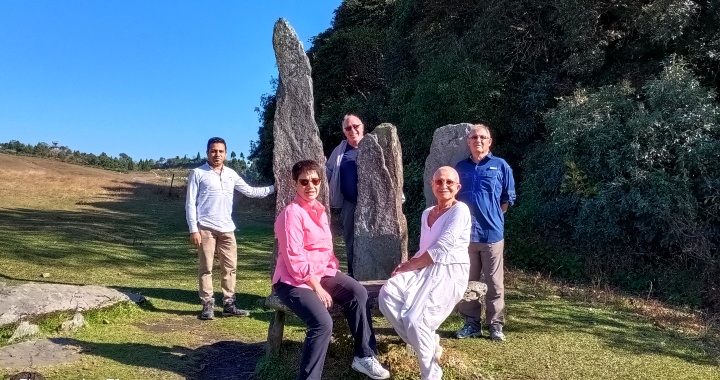 Summit Safari India would be glad to handcraft the best travel itinerary to Northeast India tour for you. Taking care of your safety and comfort we take you on the journey of discovery to explore the most popular destinations of the Northeast India, the home to more than 220 ethnic groups. The Holiday tour package to North East India is the perfect opportunity for travellers to get a deep insight of the region’s rich indigenous culture, nature, wildlife, ethnic groups, folk songs, tribal dances, food, and crafts which remain distinctive, even today. For more information contact us at vishal@summitsafari.com or Whatsapp us on +91 9805051102.