A Relaxing Tour To Enjoy The Views Of Tea Plantations With Darjeeling Himalayan Railways And The Spectacular Snow Capped Kanchenjunga Himalayas – The World’s Third Highest Peak 8, 598 Metres / 28,209 Feet, Offers A Great Insight Into Himalayan, Buddhist And City Life In The North East India. 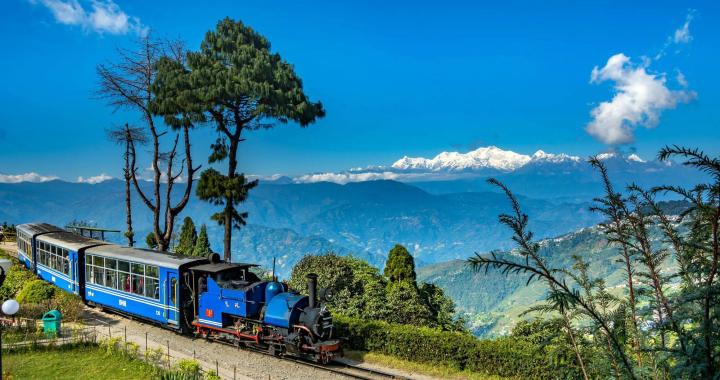 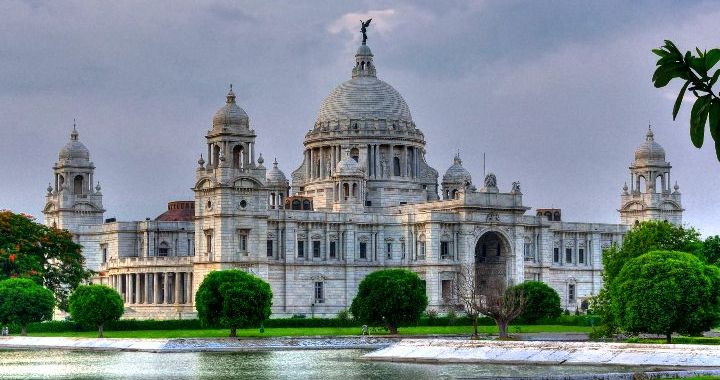 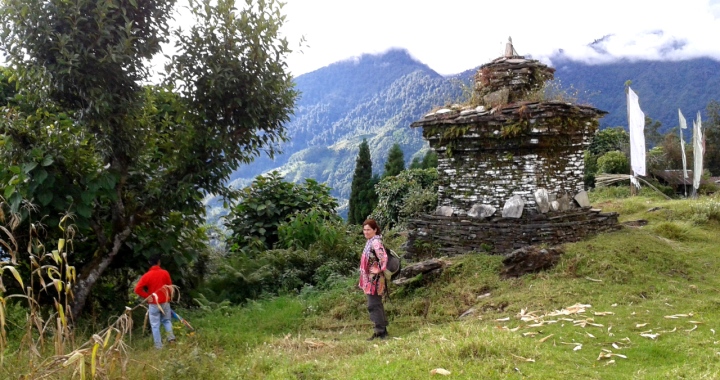 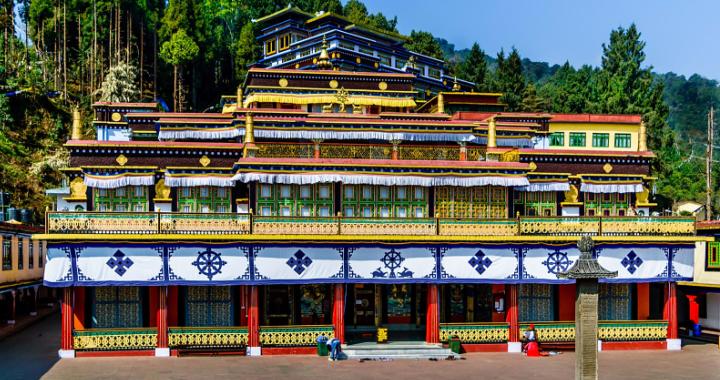 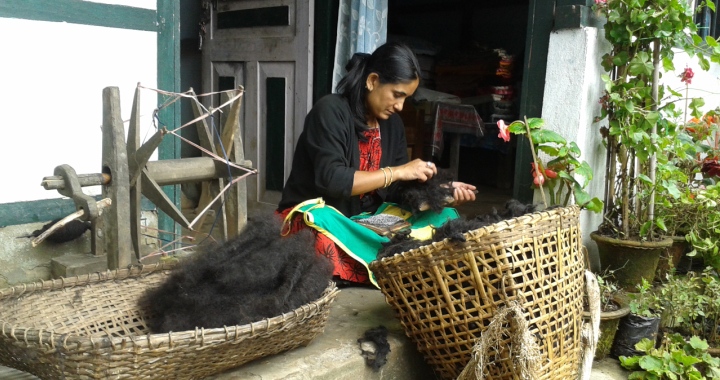 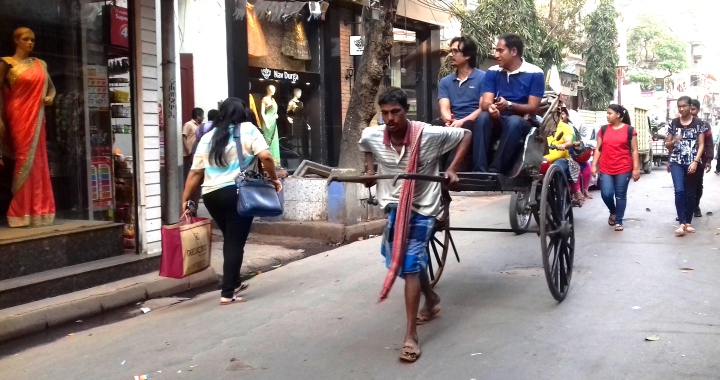 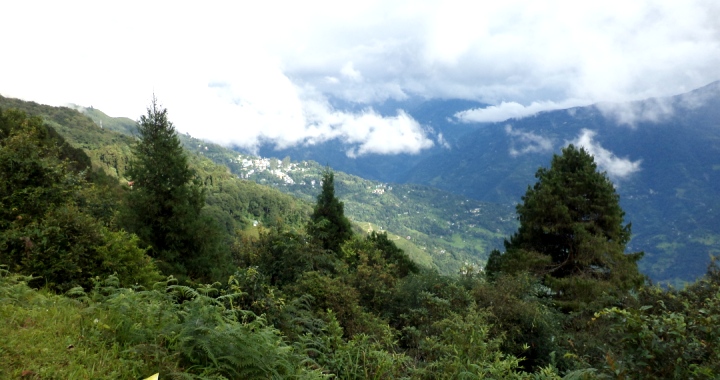 Best Season : February to May and September to Mid December

You can take it : As a private, personalised tour (tour dates would be of your choice)

This tour offers the chance to explore the far North East part of India – The Buddhist kingdom of the state of Sikkim and Darjeeling a popular summer holiday destination famous for UNESCO Heritage Darjeeling Himalayan Mountain Railways of India, with the views of the Kanchenjunga Himalayas – the world’s third highest peak.8, 598 metres / 28,209 feet.

Today there are 86 tea estates in Darjeeling Hills which produce Darjeeling tea and has received the UNSECO status, it cannot be produced anywhere else in the world just like the champagne of France. Hence it is limited and valuable.

The tour starts from the fascinating city of Kolkata, also popular as Calcutta the former capital of India during the British Raj Period. Further we will explore Buddhist monasteries and will enjoy exceptional mountain scenery in Sikkim and Darjeeling which is inhabited predominantly by gentle Buddhists and small settlements of tribal people.

You will be met from your flight to Kolkata International Airport by Summit Safari’s representative, and he will accompany you to your hotel. Rest of the day is free at leisure to relax after the flight.

Early this morning we visit Kolkata’s lively colorful flower market. Whilst much of the city slumbers, the narrow streets are transformed in an explosion of bright colours, and the all-absorbing scent of flowers fills the air as traders balance huge arrangements in baskets on their heads. We will return to the hotel for breakfast. In the afternoon we will take you to the sightseeing tour of Calcutta (Kolkata) covering the grand Dalhousie Square, St John’s Church with its whitewashed columns, and the beautiful Post Office building, which occupies the site of the ‘Black Hole of Calcutta’. We also see the distinctive Writers’ Building and the neoclassical Governor’s House. We will also visit the striking Victoria Memorial, a dazzling white marble structure that has become an emblem of the city. The grand interior is filled with mementoes of British imperialism. We then move on to Mother Theresa’s House. In this quiet, humble home, we can see the famous nun’s living quarters, learn about her extraordinary life and pay respects to her grave. Later on return back to hotel, Second night in the same hotel in Kolkata.

Today morning after breakfast we will transfer you to Kolkata airport to board your flight to Bagdogra, where you will be met by your flight by your driver and Summit Safari’s representative and they will further drive you to Kalimpong (75 kms / 3 hrs). Our journey into the Indian Himalaya starts today from here as we wind our way up through the first embryonic hills of the world’s highest mountain range to the quiet town of Kalimpong in the state of West Bengal, leaving the Indian plains far below. Arrive Kalimpong by late afternoon and evening free to walk around and to explore the pinewood orchid nurseries, churches and monasteries.

Today after breakfast we will drive you further North, through lush green valleys and deep gorges to Gangtok - the state capital of Sikkim. Enroute you have time to make photo stops and meet the locals. Check in at your hotel in Gangtok and rest of the time free at leisure or to walk around the local market in Gangtok.

Today Early morning we will take you to visit to Tashi View Point for magnificent views of Mt. Kanchenjunga—the third highest mountain in the world. Return back to the hotel and after breakfast we will take you for the sight seeing in Gangtok and we will have our first introduction to the primarily Tibetan Buddhist culture for which Sikkim is known in this part of India. The area is dotted with numerous monasteries and nunneries, each housing ancient texts revered for their profound philosophical insight. We visit the most important sights of Gangtok which include the Enchey Monastery and the Namgyal Institute of Tibetanology. Today you will have a chance to have a lunch in a local restaurant famous for Tibetian local food of the area. Second night in the same hotel in Gangtok.

Today after breakfast we will leave for Pelling and Shortly after leaving Gangtok we visit the large, famous Rumtek monastic complex which has traditionally been the foreign seat for the Karmapa, the head Lama of the Kagyu lineage of Tibetan Buddhism and one of the ‘four schools’ of this ancient Buddhist traditions. We will also visit Phodang Monastery before driving through the mountains to the small town of Pelling. We will arrive Pelling by late afternoon and check in to your hotel. Later in the evening we will visit the local monastery with its staggering mountain views.

Today after breakfast we will make a short drive to Tashiding monastery and enjoy a beautiful walk up the hill to the secluded monastery. Walk through small villages, surrounded by Buddhist colorful prayer flags and chortens.Later on return back to Pelling. Evening free at leisure to rest your own.

After breakfast we will drive to the Himalayan town of Darjeeling, a former summer retreat of the British Raj and now best known for its high quality tea production and with the fantastic views of the Eastern Himalaya and in particular the world’s third highest mountain, Kanchenjunga. Overnight stay at Darjeeling in a heritage hotel or in a Tea estate, which oozes old worldly colonial charm.

Today early morning we will drive you to Tiger hill sunrise point in Darjeeling to witness the spectacular sunrise- from behind Kanchenjunga, India’s highest mountain and the world’s third highest mountain. The peak changes colour with the adjusting sunlight, casting orange, red and pink hues on their surroundings. After returning to the hotel for a leisurely breakfast, later in the afternoon we will visit we visit Darjeeling’s Mountaineering Institute, which is the final resting place of Tensing Norgay, who reached the summit of Everest with Sir Edmund Hilary in 1953. It also tells the stories of the many varied attempts to scale the peak. We will also have the opportunity to see the Red Panda and Snow Leopard at Darjeeling Zoo. Evening free to explore the town and the local market.

Today after breakfast we will take you for a joy ride on the world famous Darjeeling Himalayan Mountain Railways Of India, from Darjeeling to Ghum – the highest railway station in the area at 7,407ft – and back to Darjeeling. The distance of 07 kms , is covered with the help of a steam engine in 30 minutes. The total distance of 14 kms from Darjeeling to Ghum and back will take approximately time of 2hrs with a half hrs of halt time at Ghum. We will arrive back to Darjeeling by afternoon. Evening free to explore your own. Third night in the same heritage hotel / tea estate in Darjeeling.

After breakfast we will transfer you to Bagdogra airport to board your flight to New Delhi – the capital of India. On arrival in Delhi you will be met by your driver and Summit safari’s representative, will transferred to your hotel for overnight stay in Delhi.

After breakfast we will take you for the half day sightseeing around Delhi. We will take a walking tour of the Old Delhi covering the Chandani Chowk, Spice Market, historic Red Fort (from Outside), Sheesh Ganj Gurudwara(sikh shirne) and the busy market. If interested we will arrange for a bicycle rickshaw ride in old Delhi or a Tuk- Tuk (Three wheeler) ride in New Delhi for you. We will also visit Gandhi Smriti, also known as the Birla house where –Mahatma Gandhi had lived the last 144 days of his life from 9 September 1947 to 30 January 1948 when he was assassinated in 78th year of life at Birla House Prayer Grounds by Nathuram Godse. Thus, the house treasures many memories of his life. We will have lunch in a local restaurant and Delhi and if interested could spend some time shopping in Delhi. Later in the evening as per your Retrun flight timming we will transfer you to the New Delhi International airport to board your flight back home.

This is where the tour ends. However, if you wish to stay longer in Delhi or want to take extension tour, we can make arrangements for you to be transferred to the airport at a later time.

End of the tour and the services....!

This is the itinerary for a tour which we run regularly. It can be altered, and we like to discuss plans with clients and can make suggestions about special places to visit depending on our clients’ interests, and available time. The itinerary is planned in such a way that you get enough time to relax or to make walk in the local area and to experience the authentic life of the Indian people from much closer while travelling through Sikkim and Darjeeling Himalayas.!

You will follow the itinerary as a Private tour accompanied by one of our excellent Guides/ tour escorts throughout the trip. Internal travel by road in Kolkata, Bagdogra, Kalimpong, Gangtok, Pelling, and Darjeeling by a private chauffeur-driven SUV car / similar vehicle.

Internal flights will be provided on 2 routes from Kolkata to Bagdogra, and Bagdogra to New Delhi back at the end of the tour.

These destinations are still hidden by groups of tourist, but still a good number of tourists come to explore these beautiful parts of the North East India. These places have plenty of hotels which are well equipped with all modern amenities and comprise variety of deluxe and budget hotels, guest houses, home stay with local people, and fixed luxury tented accommodation in Kohima during the Hornbill Festival Tour Nagaland India. Most of these are run by the locals of these areas. One can choose the place of accommodation according to one’s requirement and budget.

You stay in comfortable Neat and Clean local hotels , guest houses including some charming home stay properties and in a luxury tented camp all as preferred by you.

Your living arrangements are not going to be 5 star on this tour, but we do believe that we cater to people requiring different levels of comfort, and most importantly where you stay is CLEAN and COMFORTABLE. We would like to discuss and make suggestions about accommodation at the time of planning your holidays with us.

The Cost would be provided on Request

Please Note:The Cost of our each tour is based as per individual requirements, interests and budget of the client. The tour cost depending on the hotel accommodations you choose, food plan, mode of transportation you choose, whether you choose to include Escorted guide throughout the tour or set off on a more independent trip, with local guides available wherever required during the tour. This all we discuss with you while planning your tour and work out the best cost for your tour, accordingly.

We'll work with you until you’re satisfied with every detail of your India Holiday Tour. We'll then manage all your reservations and logistics in India, so that you’re taken care of from the moment you landed in India until your return back. The safety and well-being of our guests is paramount.