Is a deserted mountain valley located high in the Indian Himalaya mountains. The name “Spiti” means “The Middle Land”, the land between Tibet and Ladakh.The valley lies in the North East of the Indian hill state of Himachal Pradesh, and forms part of the Lahul and Spiti district ( province). The sub divisional headquarters (capital) is at Kaza, which is situated along the Spiti River at an elevation of about 3,800 metres (12,500 feet )above sea level. The main Spiti valley is split into eastern and western valleys. They are connected with Ladakh & Tibet on eastern side & Kinnaur and Kullu valleys on western side through high passes. Spiti valley is also know as the Cold Desert of The Himalayas, as the valley remains cut off from the rest of the world for the six months due to heavy snow. The valley is similar to valleys in Tibet and Ladakh, and it is more beautiful than those.

Spiti’s mountains form a part of the Central and Greater Himalayas and several peaks are over 6,000 metres providing unparalleled panoramic views from the valley. The valley and surrounding region is one of the least populated and isolated regions in India and is famous as the off beat tourism destination in Himalayas.The valley is also known as the tribal valley of Himachal- the Tribal People (hardworking mountain tribes) follow the same Buddhist culture as that of Tibet and Ladakh. For centuries people in these remote valleys lived largely isolated from one another, holding and preserving the treasures and secrets of ancient civilizations untainted by modernity unmatched outside these mountains. Spiti Valley has only been opened to tourists since 1992, and tourists have to obtain an inner line permit to visit some of the areas which are close to the Tibetian border.

The Spiti Valley is a very memorable and stunning place. We will take you there! 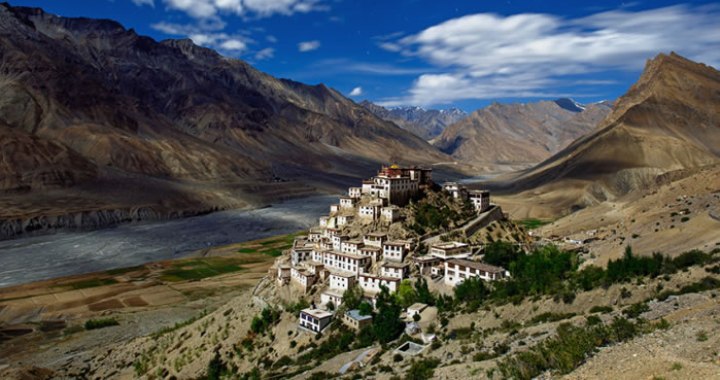